Today’s quite the assortment of gratitudes, isn’t it?

First off, I am totally thankful for black licorice.  Back in the day I thought it was gross.  I still don’t know how, but as soon as I became a dad I suddenly fell in love with the stuff.  Crazy, huh?  Today I surprised the family with a secret stash of licorice from one of my last trips to the grocery store.  They hit up the red, I took down the black.  That flavor is one of my all time favs.  Dee-lish! 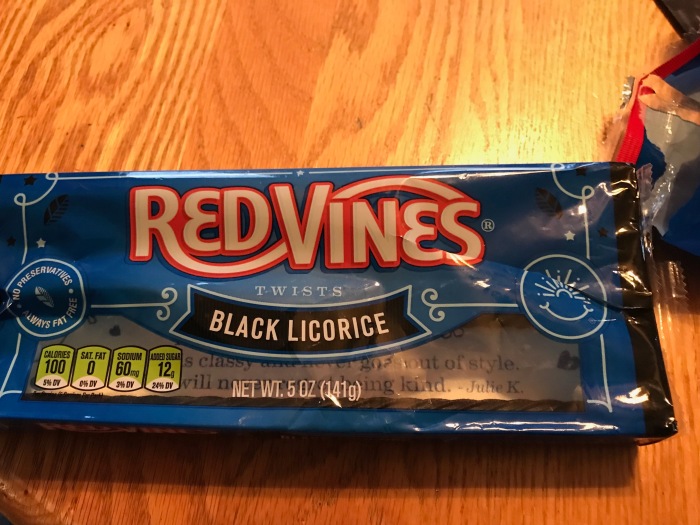 During a video conference with some fellow partners and business owners I had an uncomfortably comforting feeling of not being alone.  Making decisions and determining direction has been about as difficult as I’ve ever experienced in my business career.  There’ve been many times when I’ve caught myself gripping onto old ways of doing things and sometimes catching myself stuck in a holding pattern as opposed to taking action.  There’s a part of me that deep down started to question my confidence; a voice in my head I hadn’t heard this way in quite some time.  In talking with other folks in similar roles it became clear that this isn’t just a me thing, it’s an us thing.  These are crazy times unlike any we’ve ever experienced in the past.  As such we all need to pause, re-focus, and find new ways o doing the old things.  It sounds weird, but I think you get what I’m saying.  Knowing I’m not alone helped me squash that little voice in my head and get myself back in the right state of mind.

While Becky virtually hung out with friends, the boys and I chilled on the couch and finished the last season of Alone.  I’ve talked about it before, the series in which people are left all by themselves with only a few supplies and have a goal of outlasting everyone else.  They record themselves through a variety of cameras and share their thoughts out loud.  This year it was a cast of people who’d participated in past seasons but hadn’t won.

Shortly after the last episode we fired up The World’s Strongest Man competition, something I used to watch as a kid.  I chuckled when the guy I used to cheer for, Magnus ver Magnusson turned up as one of the announcers.  Watching those guys lift insane amounts of weight was wild.  The conversations the boys and I had while watching were even better.

In watching both shows I was reminded of the beauty of pushing ourselves to the breaking point.  When the competitors in either show pushed past their perceived limits they found more strength than they realized they had.  It was a beautiful reminder for me of the push we’re all living through now.  One of my favorite quotes came quickly to mind:

Beyond the very extreme of fatigue and distress, we may find amounts of ease and power we never dreamed ourselves to own; sources of strength never taxed at all because we never push through the obstruction.

These current times are a unique opportunity to push beyond fatigue and distress.  I may not be in a game show or a powerlifting competition, but the struggle is real.  From past experiences I know I have survived each obstacle I’ve encountered, and this will be the same.  I will persevere.