Day 1,068 – Thankful for a Different Perspective of Patience & a Line of Ancient Wisdom

The majority of today was spent hiking in and around the south rim of the Grand Canyon. As we walked it was difficult to take in the true scope of how large and beautiful the canyon is. As I looked across the expanse I struggled to realize that the other rim was almost 20 miles away. In one look I was able to see well over 400 square miles (and that’s being conservative!). How ridiculous is that??? As we went from view point to view point we were able to see a couple of the same landmarks (the Bright Angel Trail and the Watch Tower). 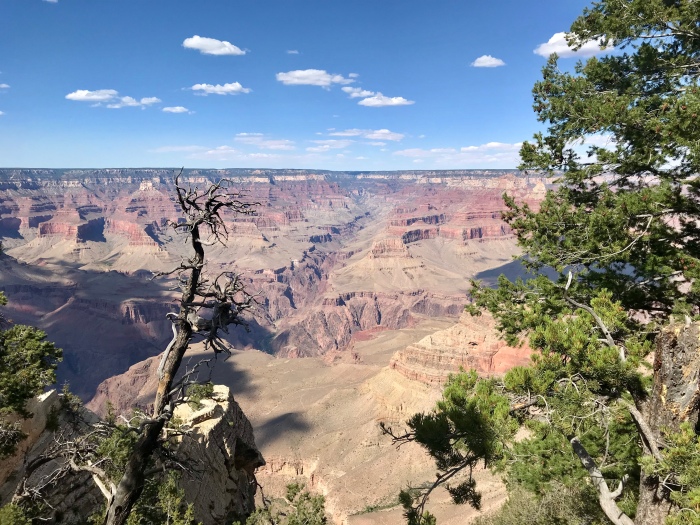 While I struggled with the scope of the size of the canyon something else entirely hit me with on line. “The river was the was the saw which cut the mountain in two.” Shortly afterwards I read another sign that described the 5 million years through which the Colorado River has been wrong in its way through the stone to carve the canyon. Five million years!!! 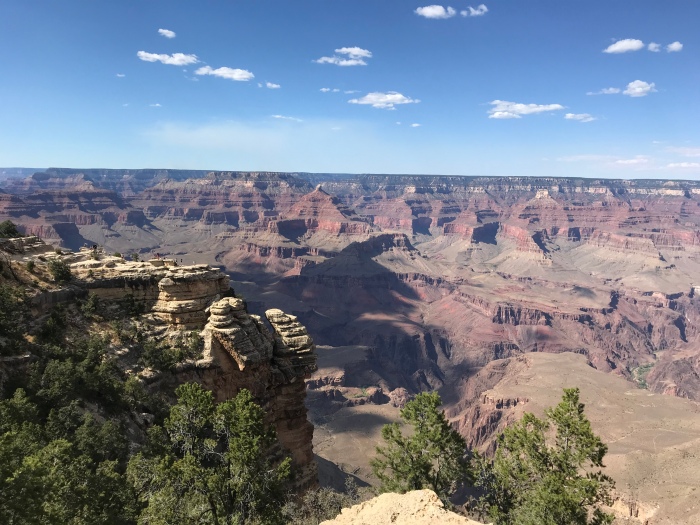 I was immediately humbled as I thought about the things I’ve struggled to do with consistency in my life. Heck, I’ve only been blogging for almost 4 years; a far cry from five million years! In watching the rapids of the Colorado River I was reminded of the power of patience. The wide and expansive canyons reminded me of the power of persistence over time. There are so many wonderful things that can be accomplished if I remember to stay patient and keep focused on them. I’m so thankful for that lesson from nature today. 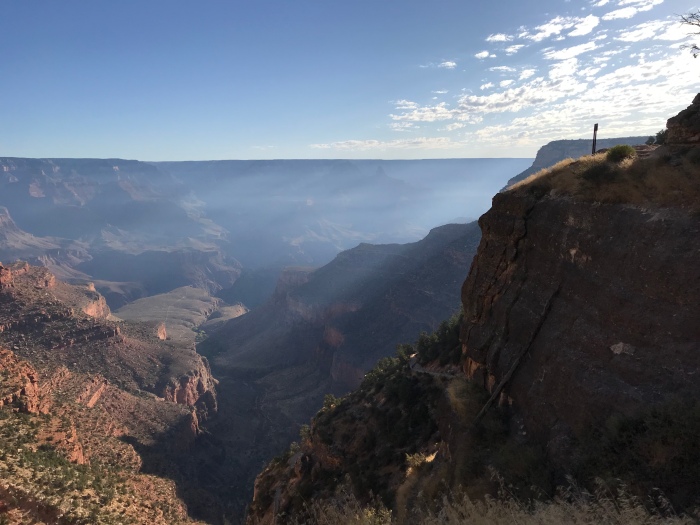 The other thing I’m thankful for is a line from Meditations by Marcus Aurelius. I’ve been slowly re-reading the book for the third or fourth time and a line has really stuck with me over the past couple of days.

When people injure you, ask yourself what good or harm they thought would come of it. If you understand that, you’ll seek sympathy rather than outrage or anger. Your sense of good and evil may be the same as theirs, or near it, in which case you have to excuse them. Or your sense of good and evil may differ from theirs. In which case they’re misguided and deserve your compassion. Is that so hard?

With this nugget in mind I’ve found myself pausing to ask myself why someone would be acting the way they were as opposed to immediately getting frustrated. In many cases it’s already caused me to pause and have a better understanding of the situation as opposed to getting angry and wasting emotional energy from the issue. Yet again I’m struck by the power of pausing to take the time needed to attempt to see the world through someone else’s eyes.