Once in a while there are authors and musicians I enjoy so much that I know when their next work is coming out well in advance.  When Dan and Chip Heath of Decisive, Power of Moments, and Switch have a new book on the horizon I pre-order it without knowing the details.  When The Strumbellas announced the release date of their new album I had the date circled on my calendar in anticipation.  Imagine my surprise when I realized I wasn’t paying quite as close of attention as I thought I was.  Within the past 24 hours I found out one of the bands I loved dropped their new album about a week ago AND one of my favorite authors released their newest book TODAY!

While stopped for gas on my drive home I pulled up the artist page for Judah and the Lion, a crazy mix of folk and other stuff (I think they call it Folk Hop?).  As luck would have it their new album had just been released.  I was also pumped to see I had enough cell coverage to download the album and listen to it on the way home…  and while running this morning. 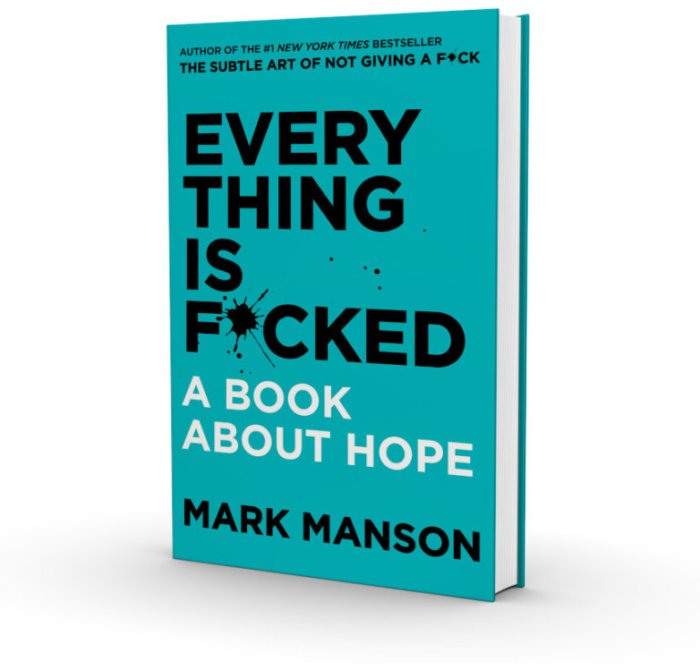 When I went through my email this morning I scanned an email from another favorite author who referenced a new book that can out today.  Everything Is F*cked: A Book About Hope is already downloaded on my Audible account and I’ve been loving the first couple of chapters.  I know, the name is a little controversial, but the concept is pretty amazing!

With two awesome surprises I’ve got more than enough to listen to in my drive time and down time for the next few days and I’m pretty pumped for both.