The boys and I went for a short ride down Fisherman’s Rd to see just how high the river had been creeping up.  It was a little more chilly than expected, but it felt like summer regardless.

While we were riding I saw Dominic start moving around on his bike and within a couple of seconds he was pretty much looking like Superman and parallel to the ground while letting his momentum pull him along.  Gavin hollered “Go kart!” and there he was with both feet up on the handlebars.  From there they kept getting more daring and creative and I just get smiling and laughing. 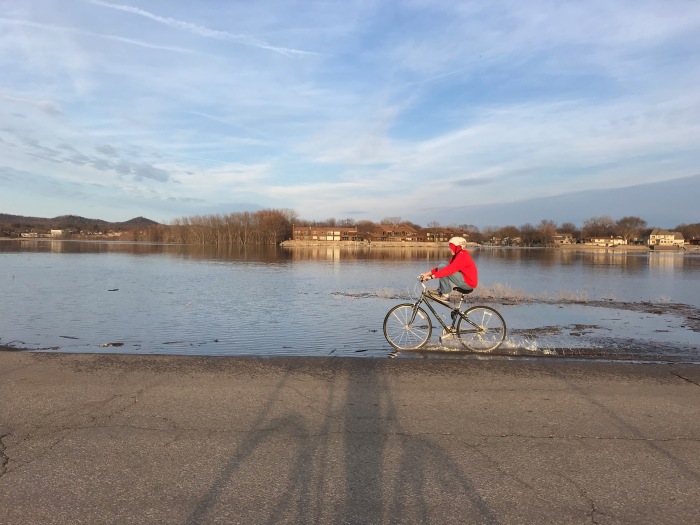 Seeing those two goofballs reminded me of exactly how I used to ride when I was their age.  From riding with no handlebars to moving my feet and legs into all types of unsafe positions I’d be swerving all over the road and enjoying life.  The boys were in the exact same mindset and it was awesome.  This old dog has learned a thing or two and opted out of the craziness this time…  but who knows in the future 😉

The boys also thought it was pretty interesting to ride their bikes in the Black River.  It looks like it’s continued to rise over the past 24 hours – yikes!

All in all it was a great end to the day, chilling with my boys.