Special thanks to Travis, one of the Onalaska YMCA cycling coaches, for setting up a Monday cycling class! We took advantage of the opportunity and went to his class with Gavin while Dominic lifted weights.

Travis has quickly become one of our favorite instructors as he continues to find new ways to punish us in his class. 😉 Seriously, he makes it way more fun than it should be to burn over 850 calories in 45 minutes.

At first I was feeling great and thought I might set a new world record. Nothing could stop me and I felt invincible. After a while I started to breathe hard, and then for some reason the weight of my legs increased exponentially. Shortly thereafter my legs stopped working and I just wanted to fall over and take a nap. 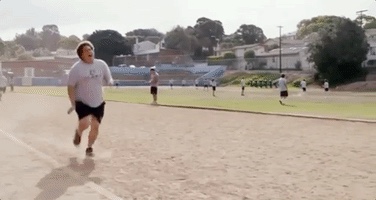 It was incredibly exhausting and a way better workout than I was expecting! At the end I was pumped to see that I’ve already moved the dial since Becky and I first started cycling class. Can’t wait to get outside on a real bike and see how awesome it feels!

That said, I’m typing this while laying flat on my back in bed trying to find the motivation to get up and take a shower… hmm… maybe I’ll just stay here and close my eyes for a few… zzz… zzz…