Today’s been a solid day all around.  I’ve had time with Gavin, time with Dominic, and even a little time with Becky.  Everything I wanted to get done this weekend has been done and then some.  Next weekend is setting up to be the weekend in which I finish up the insulation in my workshop.  There was some drive time that involved driving through forest with the maple leaves in full fall colors.  The Brewers are moving on, and the Packers…  well, we won’t talk about that one… 😥  Outside of the Green and Gold the day’s been pretty awesome. 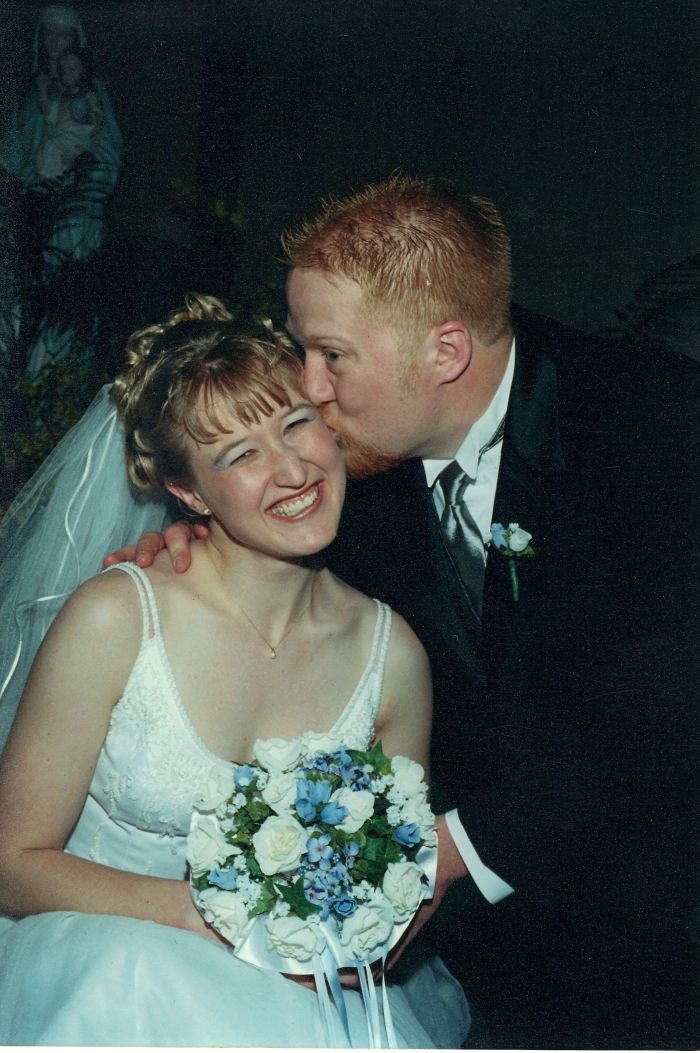 When I stop and think about today the part I am most thankful for was a wonderful sermon from Father Dodge at church today.  The focus was on marriage and it was a pretty unique way to think of it.  He shared a deeply personal story that helped me see a different picture of the sacrament of marriage than the one that I’m used to and it helped me see it very differently.  It’s something I’ve been thinking about a lot on and off today and will be something that sticks for quite a while.

Also during the homily he learned that there was a couple celebrating their 23rd wedding anniversary today.  They’d even been married at the exact church we were in!  Father Dodge brought them up to the front and renewed their vows.  It was incredibly touching and left many of us with slightly wet eyes by the time it was over.  The focus on spending the rest of our lives together was powerful and seeing how we were surrounded by so many others who’ve been married 50+ years was awe inspiring.  Starting off my Sunday with a sermon like that was pretty sweet!