While I often enjoy a change of pace and trying different things I’m largely a creature of habit.  When it comes to driving to and from work I typically go the same way each day.  I’ve tried many other routes, but the ones I take have been proven to be the fastest depending on travel conditions (including weather, time, events, and farming season).  It took a lot of experimentation to get them hammered out, but once they were determined I’ve stuck with them.  They get me from Point A to Point B the most efficiently. 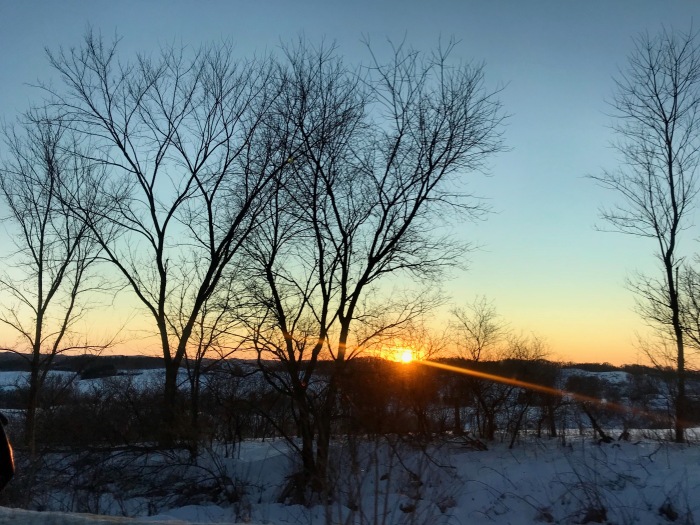 Yesterday I was leaving work from a slightly different location and was heading to the Winona office before heading home.  This left me scratching my head on which way to take so I grabbed my phone, punched in the address in my Maps app, and looked at the two routes.  One was the fastest and took ways I largely knew.  The other was about three minutes slower and was mainly country roads.  I went with my gut and took the road less traveled.

The drive through the country was beautiful!!!  The road twisted and turned as it went through valleys, followed the river, and went up and down the hills.  There was almost zero traffic and it was amongst the most peaceful drives I’ve had in a long time.  I’ll definitely go out of my way to go that route again.

Today the police and fire departments had 93 closed heading south out of Eleva.  With the luck I’d had yesterday fresh in my head I didn’t stress being later than expected, I took time to appreciate the new adventure I was about to have (and say a quick prayer for whoever was involved in the highway being closed).  Instead of taking the standard route as prescribed by the fireman at the intersection I went well out of the way and took only country roads again.

While on the county roads I left the other traffic behind.  Again I was traveling on the road less traveled and enjoying the serenity of being alone.  I wasn’t at all in a hurry, I took my time and enjoyed the ride.

Two straight days of taking other routes and both paid off in spades.  Getting outside of my normal routine showed me a couple of very beautiful areas I would’ve missed otherwise.  While I enjoy being able to get to and from work as efficiently as possible I will remember to occasionally throw myself a curveball and give myself the gift of a different experience.  Who knows what I may find traveling previously unexplored paths.