Drives like tonight are starting to feel like habit.  I’m not sure what I’m going to do with not dropping or picking the boys ups from somewhere fun this summer!

The drive home tonight was after they’d just spent a handful of days with Grandma DeeDee and Grandpa Brad.  Once we were loaded up and on the road I had so much fun listening to all of their adventures in detail. They were both full of smiles and excitement as they gave me the low down on all that they’d just done with my mom.  It was awesome!  While they talked and I listened as a dad I was also taking it all in and had flashbacks of some of my favorite summer memories from my childhood.fda

This time I was smiling a little extra wide as it reminded me so much of the time I used to spend with my grandparents in Union Grove every summer.  True to for it included ice cream, eating out, a little road trip, hanging out, four wheeling (or three wheeling as it was for us way back in the day!), and even listening to and then watching the Brewers.  About the only thing missing was sitting out on the screen porch and chasing fireflies.

I have so many wonderful memories of hanging out with Grandma and Grandpa Lamping as a kid.  Spending time with them was one of the coolest vacations I could ask for.  As I’ve gotten older I’ve found myself holding on tighter and tighter to those memories.  When I think of either of them those are the first thoughts that come to mind. 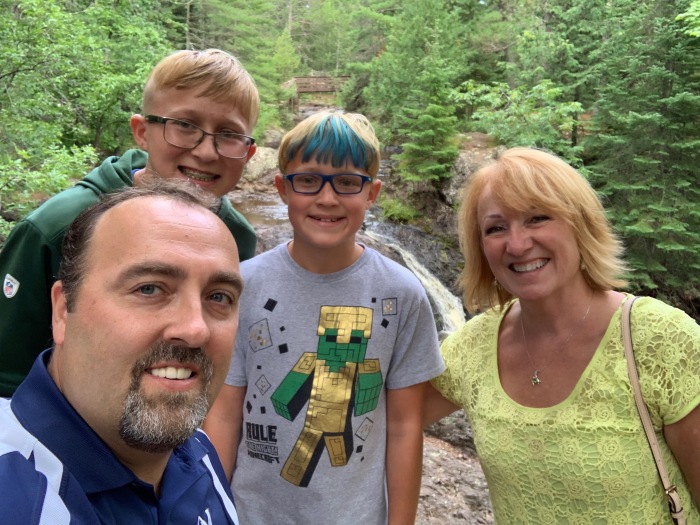 Interestingly, this is the first time that I’m seeing it from a slightly different angle as well. Seeing how much fun they have as well as the smiles on the faces of their grandparents has me starting to look forward to and are inspiring me to create awesome memories with my future grandchildren somewhere long down the road.  I’m so thankful for awesome grandparents and parents that have planted those seeds!