This may sound a little crazy to many of you who know me well…  I absolutely despise clutter.  It drives me nuts.  Extra “stuff” just gets in the way and can either easily distract me or get in the way of a project that I need to work on.  With that in mind there’s usually a fair amount of clutter (physical and mental) left in my wake.  While I am still working on ways to reduce the creation of additional clutter I’m still not super good and stopping it before it happens.  Once it’s around I’ll often try to work on it, but as I said before, I can get easily distracted by it and next thing I know I’ve just created more stuff.

This morning something just snapped in my brain.  Somehow I flipped my switch to full on “Purge and Produce” mode.  I was consumed by the desire to get rid of all the stuff that was in my way or could get in my way over the next few weeks.  Between work and home I’ve got a lot going on over these next few weeks and the way that I’ll enjoy them most and do my best work through them is to stay focused and on point.  My subconscious obviously got the memo and was going full speed ahead.

It started with taking out the recycling and moved on to cleaning out a specific cabinet that hasn’t been touched in a long while.  From there I took on the overflowing pile of stuff that was once my dresser surface.  Throw in a few other random areas and I was going constantly.  Anything not critical or used recently was tossed, everything else was completely put away.

It wasn’t just the purging and cleaning that was going, it was all a part of my plan to focus on being productive and getting everything done.  This included some tasks that have been put on the back burner for a while, grocery shopping and prepping lunches for the week and so on.  I kept looking ahead through my task list for the week and decided to make as much headway as I could and it’s felt great! 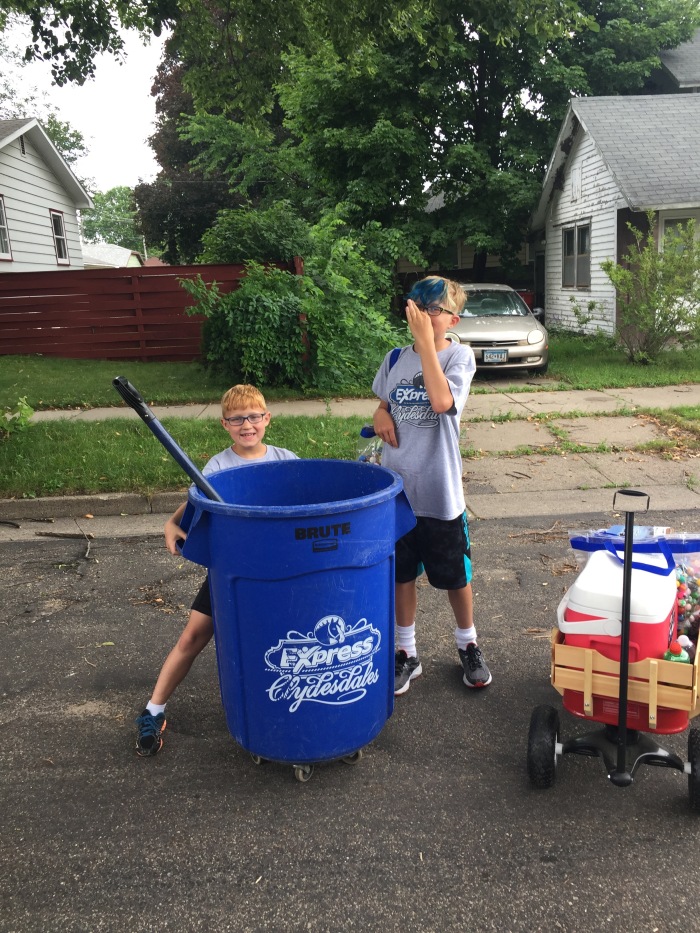 This picture of the boys is from a couple of years ago and it just seemed to fit the mood today.  I’m feeling great and that I’ve accomplished what I needed to and then some.  At one point I even caught myself almost falling into the trap of being distracted and making more clutter, but thankfully my purging and productive mindset won out and stayed the course.  I’m really thinking I need to tap into this mindset more often.  Today is a day I’ll be peeling apart to see how I got myself into this type of mood, it would be very beneficial in the future.

Whew, it’s almost time for bed…  after I get one or two more things done…