I still remember hanging out in my hotel room in Nashville on a Saturday afternoon in February of 2008. On that day I had a moment of clarity that changed the direction of my life. Funny how things like that work, isn’t it? Sometimes inspiration hits us when we least expect it. Quite honestly, I was just laying around wasting time while I waited for our annual “Evening of Excellence” with Express to start. I was sitting on the couch flipping through channels, prepping to go brainless while I stared at the TV. As I scanned through the channels I happened to land on a program that I’ll never forget and that I’ve watched many times since in its entirety on YouTube… the 2007 Ironman Championship from Kona, HI. 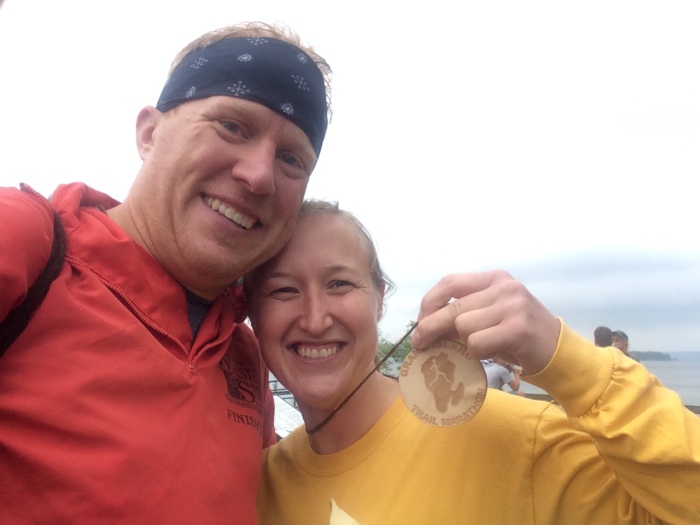 I almost immediately became totally engrossed in it and the outside world melted away. The personal stories of each competitor blew me away! Seeing what they were voluntarily putting themselves through was unthinkable… 2.4 mile swim in the ocean, a 112 mile bike ride, and a 26.2 mile run. It was ridiculous! They were literally willing their bodies to go past the point of exhaustion and breakdown to accomplish their dream.

At the time I had just started working out and eating healthy. My weight had peaked and I had realized it was time for a change. I had momentum and progress on my side, but I didn’t really have a concrete goal I was shooting for.

Over the course of a couple of hours I heard stories of the training plans of the elite athletes. I was amazed at the hours and hours and hours of blood, sweat, and tears they put in.

More impressive were the stories of the others who were tackling the Ironman triathlon in spite of other challenges they faced. There was a young man so horribly injured in a car accident that he was praying for death until his dad gave him a pep talk that set him on the right direction. He was using the Ironman as a way to prove to himself that he could overcome anything.

There was the story of a 67 year old woman who’d volunteered at the race for years and completed the event. One competitor rolled across the finish line in honor of a competitor who’d crossed the line that way to raise awareness for ALS. When he completed the race had ALS and was dead in less than two years from the disease.

A blind grandpa finished it to show his grandkids that they can do anything they set their minds to. He also reminded us all to focus on and be thankful for all that we have, not what we’re missing. Speaking of focusing on what we have, a big dude, bigger than me, did just that. He completed the race without legs.

One of the elite athletes ran into health issues at the start of the run and decided to walk the 20+ miles. Even though he was in pain and wasn’t competing any longer he continued to walk and cheer everyone else on as they passed him. When asked why he didn’t just quit like so many others had he said that he continued out of respect for his fellow athletes.

All of these stories moved me and stirred my emotions. I was smiling and then sobbing and then back to smiling. Seeing this embodiment of the human spirit was incredibly powerful. As I watched I couldn’t help but be inspired. If these folks could push themselves to do this I could certainly do something more grand than I had done to this point. It was at this moment that I clearly saw a huge gap between who I was and who I wanted to be. In that moment I decided that I would run a marathon to get me on the right track and make up some of that distance.

In training for and completing that first marathon I learned so much about myself and what I have in me. I was forced to rely on grit to get me through and positivity to lift me. Finishing that first marathon unlocked a part of me that changed who I am. It raised my confidence, lifted my spirits, and dared me to dream bigger. I’m a better version of me thanks in part to that I be moment of clarity and the dreams it ignited.

I’m so thankful for that seemingly innocuous Saturday afternoon. I think of it often and smile. If I were in a comic book that would definitely be a part of my origin story. One of the best parts of treadmill time in the winter is that I find that old episode on YouTube and watch it for a reminder of where I’ve been and to dream of where I’m going.