With Dominic at Scout camp one last night and Becky at Stand Up Paddle-board Yoga it was just Gavin and I at the house. I gave him the option of a bike ride or going up in the workshop and he snap called workshop time.

We had no set agenda or project in mind so we just started laddering off of each other’s ideas. Before long we’d decided to make a mini closet/locker for him to put his treasures and stuffed kiwi in. There weren’t any plans so we drew them up on the whiteboard and got to work.

By the time Becky got home we’d knocked out as much as we could do until we pick up some hinges. It turned out way cooler than either of us were expecting! 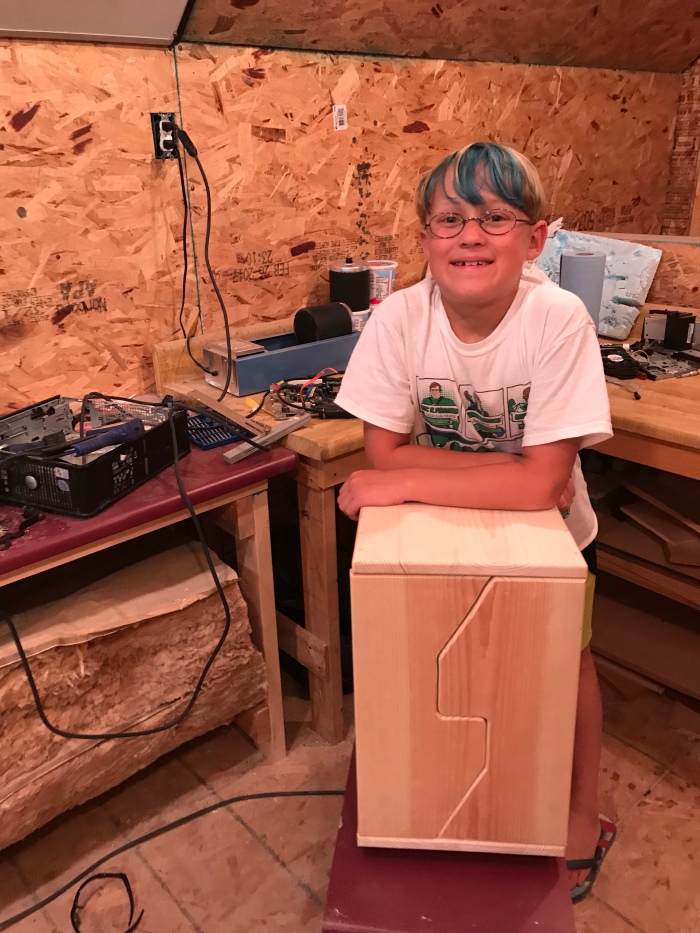 The best part of the night was spending time with my buddy in a place I have so many fond memories of with my dad and grandpa. I was able to teach him a few tricks and in return he helped out tremendously and gave me many new ideas, like the way he wanted the door panels cut. It felt awesome to spend time with him while enjoying something I love with him. Father and son time doesn’t get much better than that!