Talk about two opposite ends of the spectrum today!

This has been a tiring week, but in a very good way. Between a couple nights of fireworks and a lot of fun it’s also been very exhausting. When I got home from work tonight I had a couple of hours before everyone else got home so I decided to make the most of it… I took an hour and a half nap and it was GLORIOUS!!! I awoke totally refreshed and started cleaning my workshop.

Shortly after Becky and the. It’s got home Tab, Tanner, and their boys arrived. After some time outside we all ended up in the house and the. It’s coaxed us into a nerf gun battle in the basement. We all had a lot of fun even though there were many shots to the head and nether regions. Much laughing from all of us, it was an awesome time! 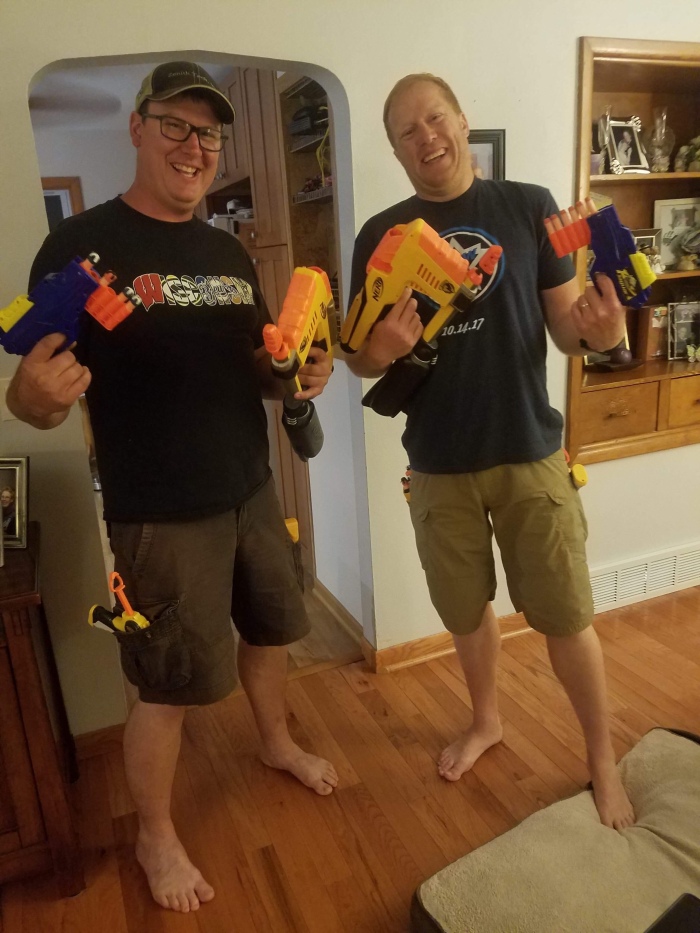