As per a usual weeknight for us it has been pretty much non-stop action. Becky picked up Gavin, took him to swim lessons and then met up with Dominic (track practice) and I back at the ranch for a quick family dinner. We then loaded up and headed out to see Dominic’s art on display at the library (which was super cool!) and then went to Gavin’s soccer practice. Due to the weather Gavin’s practice was in an elementary school gym by the marsh.

Earlier in the afternoon I got a text from Becky about an idea she had to spend our 60 minutes while Gavin practiced. We were about 15-20 minutes from home so it wasn’t worth heading home only to turn around and go back so she thought it’d be cool to go for a walk while Gavin practiced. Dominic opted to hang in the car and read in peace and quiet instead.

Becky and I headed down to the marsh and enjoyed our walk through it. Along the way we saw many ducks and birds. We also saw between a dozen and two dozen muskrats! 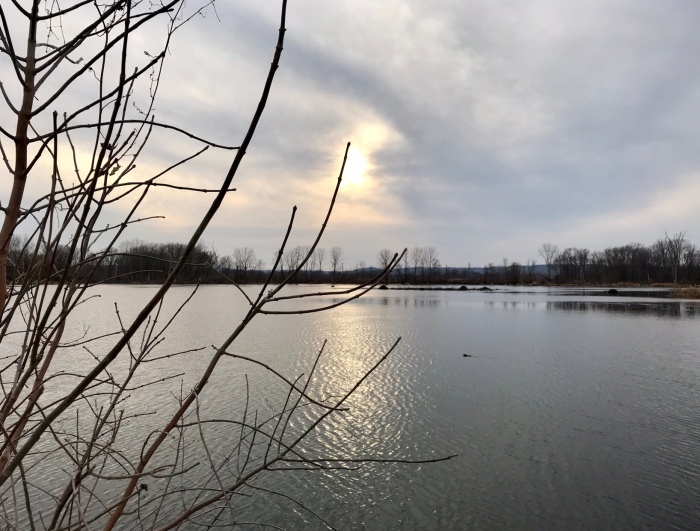 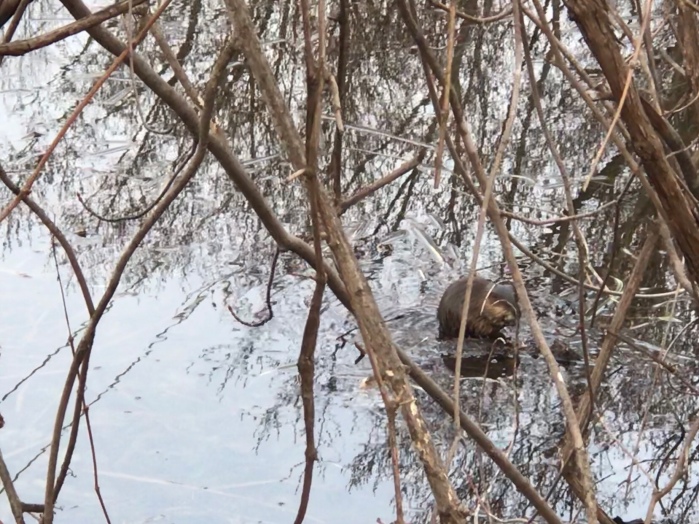 The muskrats were awesome! Some on the banks, some swimming in and out of their houses, others on stumps, and many swimming. The water was very still so in many cases they left a wake as they swam through. When I’d go trapping with my dad many years ago we’d see them in the traps but very rarely swimming in the wild like that. They brought back a flood of memories of early mornings in the canoe.

Spending time with Becky was fantastic! As busy as we’ve been it was nice having an hour to ourselves without stress. Sure, we had yoga earlier in the week, but this time we were able to talk the whole time and it was great to just connect.

Becky, thanks for finding a great way for us to spend an hour tonight! That was awesome!