Our Friday night date consisted of heading to the Onalaska YMCA for a cycling class.  One of the biggest reasons I had the idea was due to the coach.  Travis led many of our classes last year and we’d often attempt to go out of our way to hit one of his sessions.  I’m so thankful for a coach who can continue to push you further and further each class.  Not only is he eternally upbeat and high energy, he also takes the time to engage the entire class and help us each find our right level.  One of the things I’m looking forward to this winter is hitting his class often.

Five years ago today we were on an epic family vacation to Disney World.  As a part of the experience we had the wristband things that helped get photos of us while were everywhere, even on the rides.  After a short period of time I started to pick up on where the cameras were usually stationed and began having fun with each of them.  On this one we’d been on the ride several times already and I had it pretty well dialed.  I can’t believe how perfectly the reactions of everyone else worked out, it was just the shot I was hoping for.  Here we are, half a decade later, and I still literally LOL every time I see it! 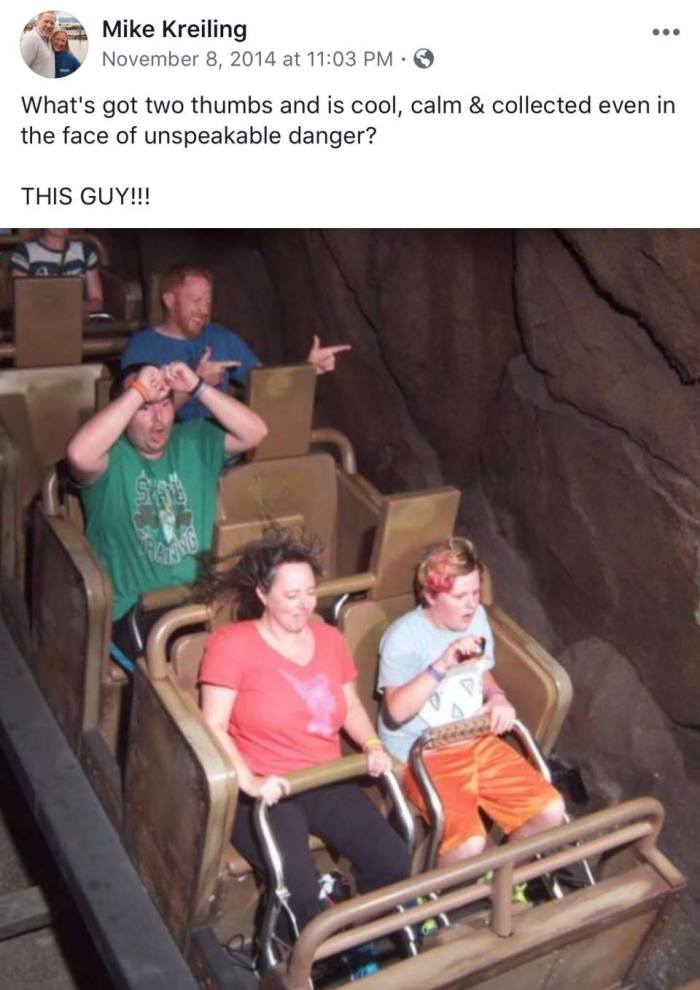